Please be aware the Saver Rate option must be booked 12 weeks in advance.

cOACH hIRE TO AND FROM LONDON.

London is the capital city of England and is one of the most popular, visited and powerful destinations in the world. London has a considerable impact on education, arts, entertainment and fashion – shown in its wide variety of establishments. Enriched with entertaining and educational experiences, London makes the perfect tourist destination accessible via coach hire. 2019 saw a 38.9 million tourist flow with the value of spending increased to £24.5 billion.

Opting for coach hire to and from London is the most environmentally friendly method of travelling around this marvelous capital city. In an attempt to reduce our carbon footprint, coach hire to and from London is a very popular choice. With coaches producing carbon at 35.47 gCO2e/pkm, we can see an 82% decrease from the number of carbon emissions produced by a car. A little can go a long way when contributing to save the environment.

Furthermore, coach hire to and from London is a great way to reduce your own expenditure. Studies reveal that coach hire can be up to 3x cheaper than using a car. Dividing the cost of a coach between a large group of people will not only ensure the expenses remain low, but also that the whole group can travel together- avoiding splitting the group up during rush-hour mayhem on tube lines.

Central London is the busiest and innermost area of London accounting for 13% (3.5 million inhabitants) of the total UK population. Central London includes the boroughs, Camden, City of London, Kensington and Chelsea, Islington, Lambeth, Southwark and Westminster. Central London holds most of what England has to offer. Why not take a sightseeing tour around this bustling city and see sights such as:

North London covers an area of the capital city lying north of the River Thames. Historically, North London struggled to expand beyond its Roman northern gates. Until the mid-Victorian period, parishes of North London we know today were entirely rural. North London only has 3 boroughs, Barnet, Haringey and Enfield. Despite this, there are still numerous activities to partake in within North London. Options include:

North London covers an area of the capital city lying north of the River Thames. Historically, North London struggled to expand beyond its Roman northern gates. Until the mid-Victorian period, parishes of North London we know today were entirely rural. North London only has 3 boroughs, Barnet, Haringey and Enfield. Despite this, there are still numerous activities to partake in within North London. Options include:

South London began at Southwark located at the southern end of London Bridge. Urban growth in South London was initially limited due to no bridge accessibility across the River Thames. However, due to the opening of Westminster Bridge and more than 30 bridges being opened to the west, the south-west saw considerable growth. However, there is still only one bridge (Tower Bridge) linking West London to East London. Boroughs in South London include Bromley, Croydon, Kingston Upon Thames, Merton, Sutton and Wandsworth. Things to do in South London include:

West London is a popular destination via coach hire, bus hire or minibus hire. The area of West London extends from the historic core of Westminster and the West End to the boundary of Greater London – formed mostly by the River Colne. West London is a well-populated area with 573k residents within the West London postal code and a population density of 9k residents per square kilometer. West London includes the boroughs Brent, Ealing, Hammersmith and Fulham, Harrow, Richmond upon Thames, Hillingdon and Hounslow. Home to many exciting and educational museums such as the Science Museum, Natural History Museum and V&A Museum, West London makes the perfect day out. Additional attractions and activities include: 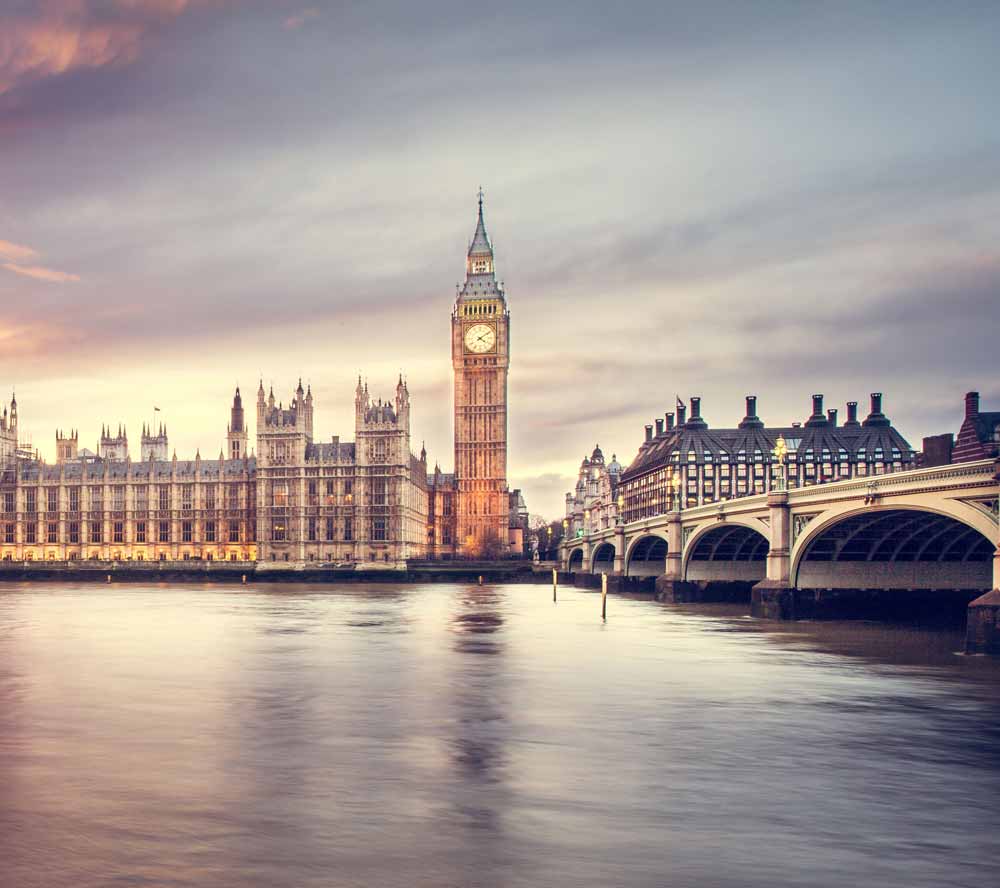 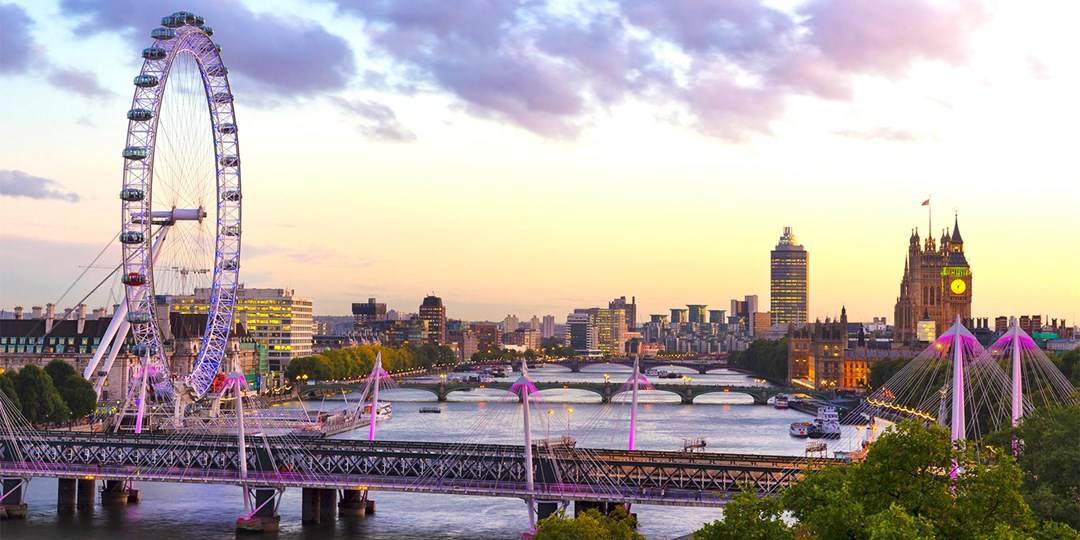 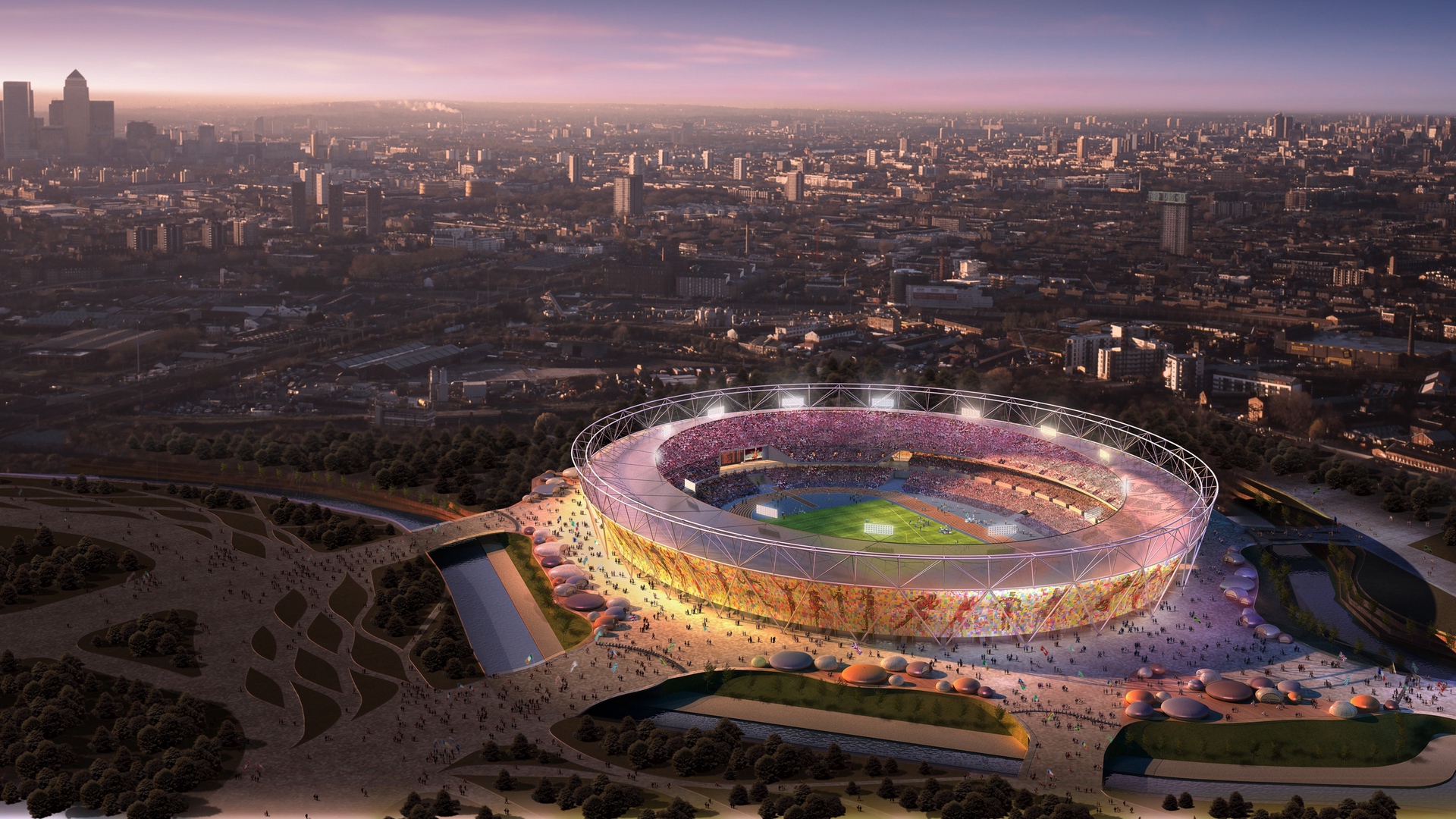 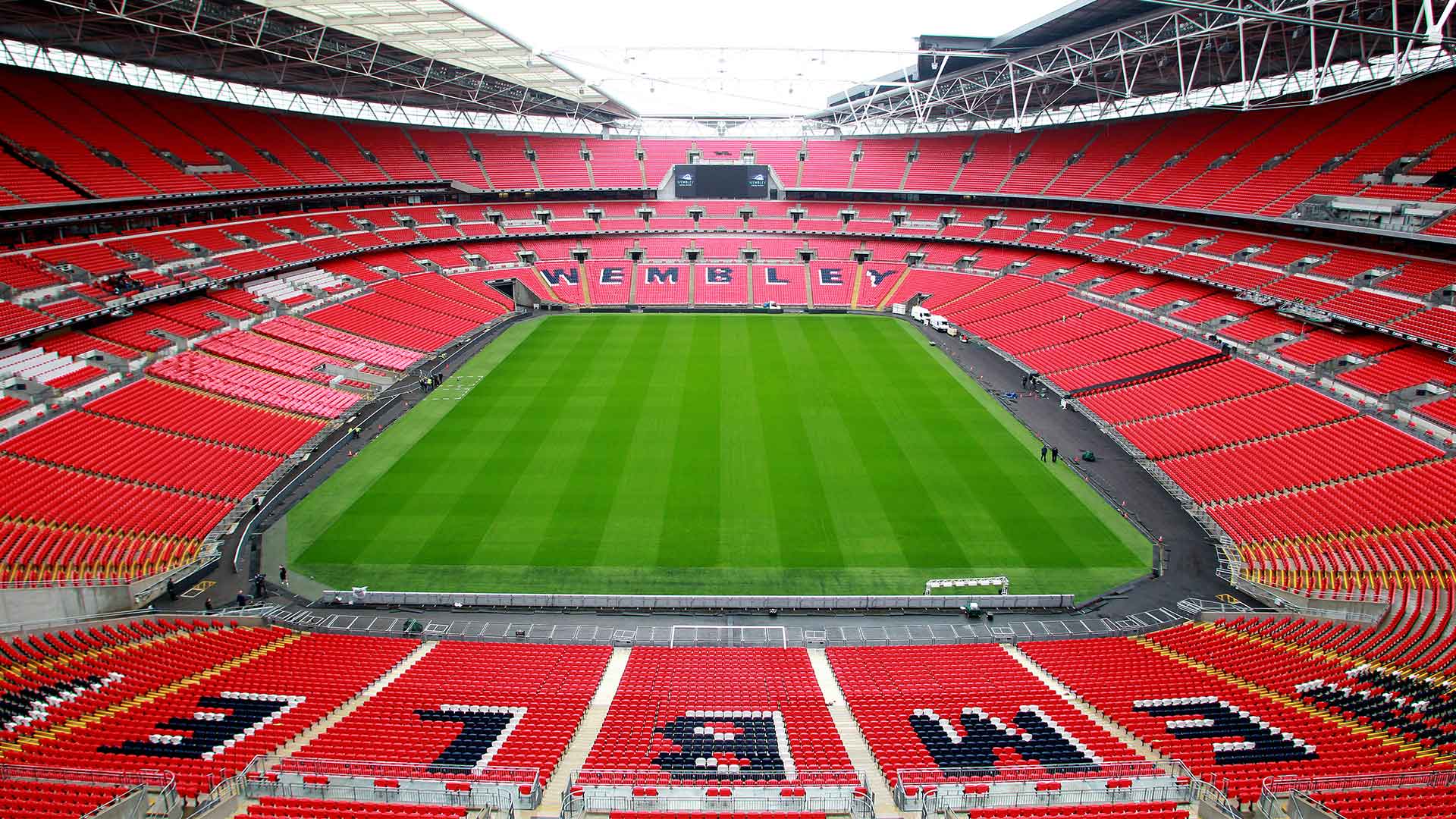 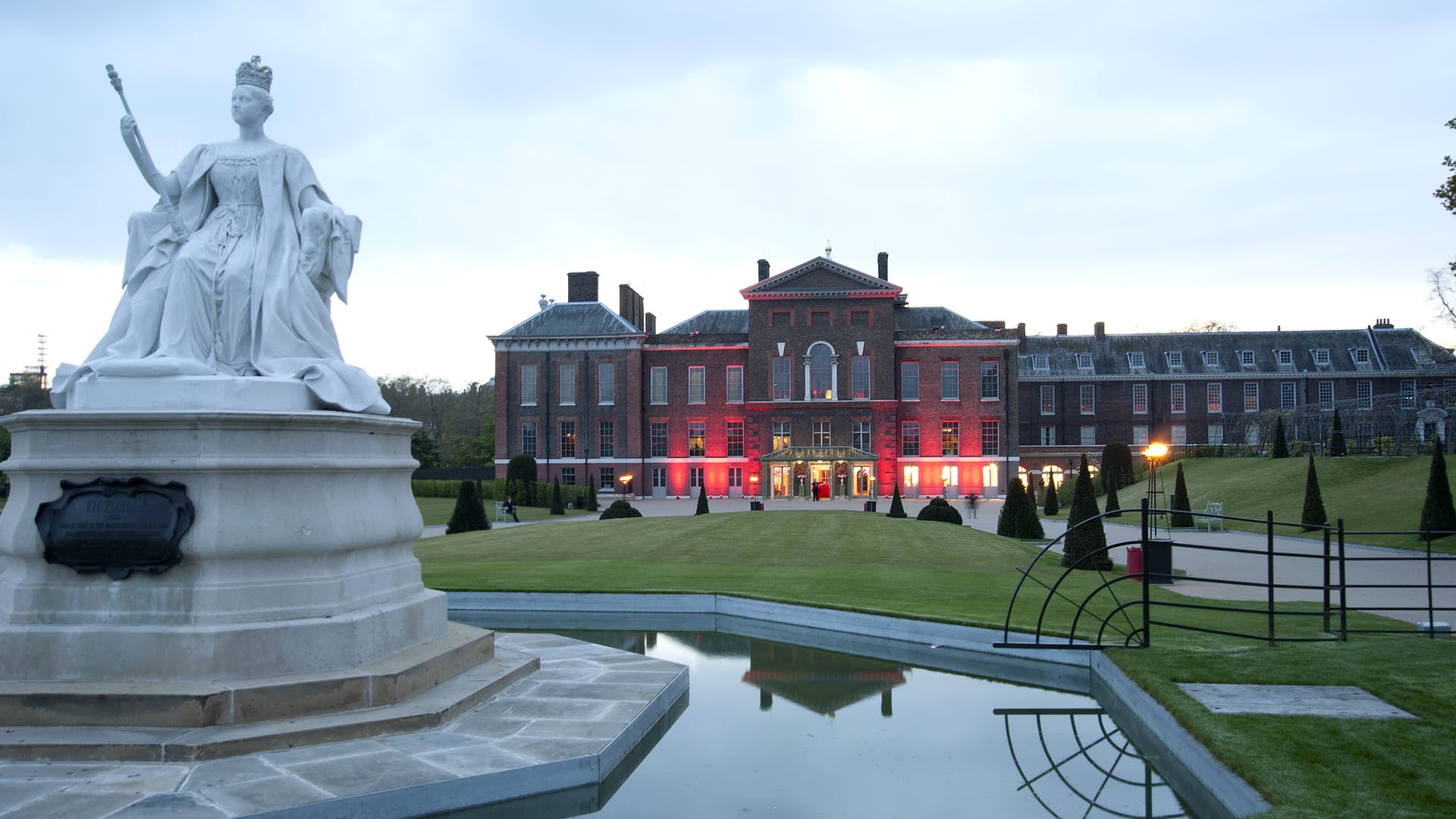 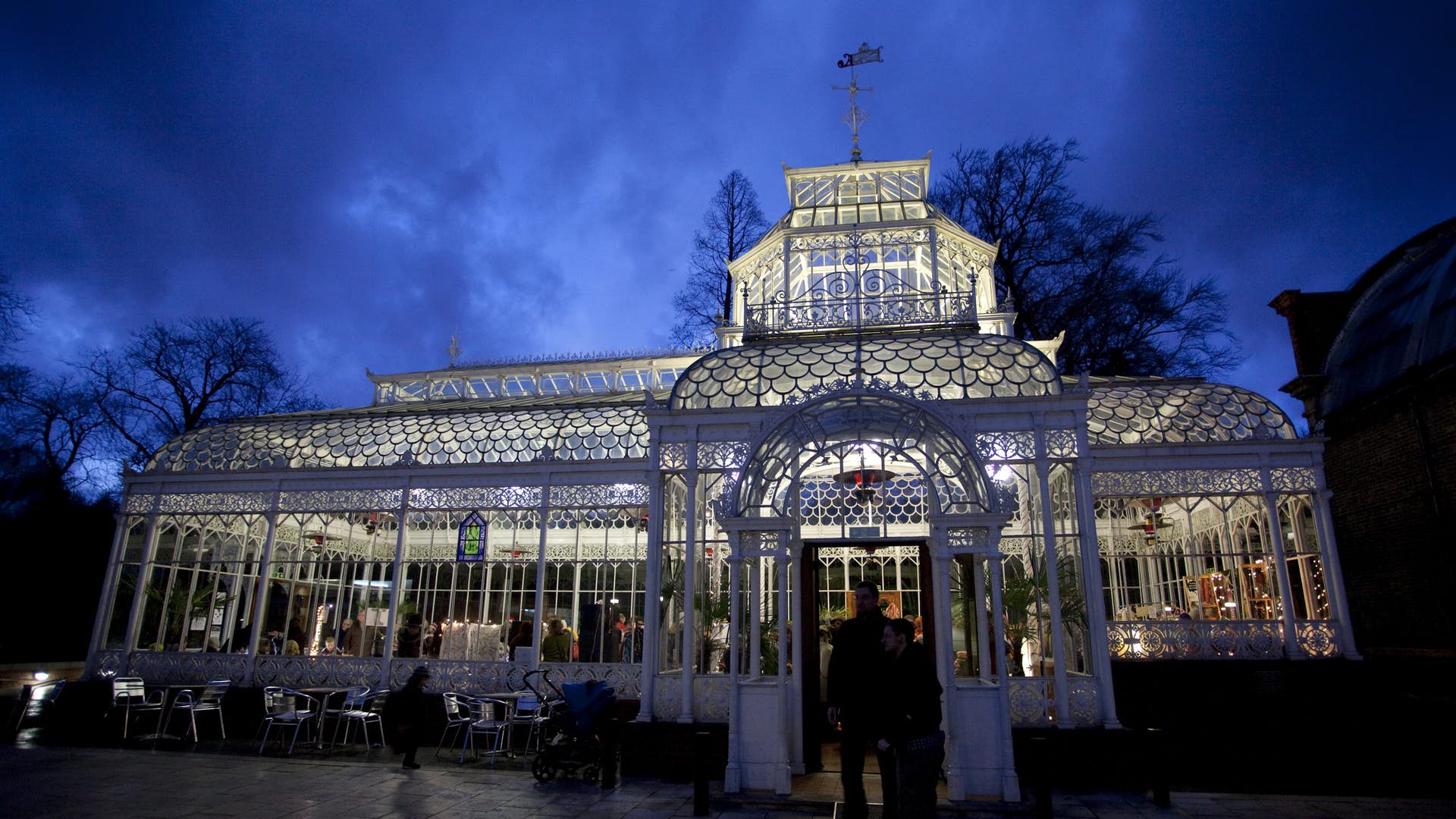 Why Should You Choose Coach Hire 4U for your journey to and from London?
Coach Hire to London. Coach Hire from London. Coach Hire to London. Coach Hire from London. Whether you visit London for business or leisure, why not experience it on-board your own private coach? Our expert team can plan your journey so that you can explore the vibrant capital in all comfort and at a fraction of the cost of other transportation types. When you want to move a larger group, it’s all about organisation. From the number of people in your party to transportation price, it must all fit before you book. At Coachhire4U, we strive to take the burden off you. Let us manage logistics so that you can enjoy the historic capital to the fullest, together with your friends or colleagues. Coach hire, bus hire or minibus hire moving a group of people to and from London is by far the most cost-effective solution. We partner with multiple corporations and provide exclusive executive services for conferences, congresses, and business trips. Whether it’s financial Canary Wharf, the cosmopolitan City, Southbank, West End, or Shoreditch, we offer transfer services to and from all London areas.
Why Choose Coach Hire for Sightseeing in London?

Don’t let expensive transport ruin your group holiday. Cheap coach hire is by far the simplest way to reach attractions in the city. We can pick you up from the airport or even your hotel, and show you all the landmarks of the British capital. Seeing London while travelling through the underground can be a dark and miserable experience. From architecture to the River Thames, opting for coach hire ensures you don’t miss the beautiful sights London has to offer. Don’t miss out on amazing sightseeing destinations accessible via coach hire, bus hire or minibus hire. An example of these destinations includes:

What do London Postcodes mean?

If you’ve got a postcode for a place in London but are struggling to work out its whereabouts, this may be of use to you.

In 1866, NE and S divisions were abolished. To eliminate any potential confusion, these postal codes now represent Newcastle Upon Tyne (NE) and Sheffield (S).

Attractions and Group Activities in London

The Natural History Museum offers group tours which are just perfect for enjoying with your loved ones. World-famous collections and thousands of historical artefacts captivate children and adults alike. Group activities for visitors of all ages can keep you occupied on a rainy afternoon and entertain the little ones.

Seven floors of entertaining and educational exhibits also await you at the Science Museum. Live a virtual reality space-descent experience, attend educational activities, and discover old Nokia mobiles. A place dedicated to the incredible Information Age, and also the one from where Queen Elizabeth sent her first tweet.

If you’re interested in all things beautiful, Victoria & Albert Museum offers a superb showcase for international applied arts. A whopping number of 150  galleries spanned over seven floors gather countless paintings, sculptures, ceramics, jewellery, pieces of furniture, and other items that encompass art in all its forms.

While in London, you may also want to visit other museums and galleries, such as:

Embarking in a Harry Potter London tour is a must if you’re a fan of the famous wizard. We can cater for all your needs and build bespoke half-day or full-day trips in the sights where Harry’s adventures were filmed. We’ll even stop so that you can take those precious Instagramable photos. We can also offer attractive BBC Television Studios tours as part of your cheap coach hire, bus hire or minibus hire London service.

Horse racing events are London’s classics. Putting on your best Sunday attire and heading to the racetrack to watch the action is more about high class than betting or competitive spirit. Attending such an event is quintessential if you visit London in the summer. Whether it’s stylish Royal Ascot or glam Epsom Derby, a horse race in London should be on your bucket list.

If you’re arriving in any of London’s five busy airports or leaving from one, Coachhire4U can get you to your final destination. From shuttles and mini buses to 74-seater coaches, we can meet all your transport needs. We work with corporations, educational institutes, as well as privates and offer quick airport transfer services to groups of all sizes

Our coach hire London service also includes rail station transfers to or from your hotel. By choosing us, you can show your friends or colleagues that you have what it takes to organise the perfect holiday or business trip.

To get a quote for our London travel coach hiring services, contact us by phone or email, or fill in the online booking form. We will assign you a travel manager who’ll answer all your queries and work with you to organise your travel.